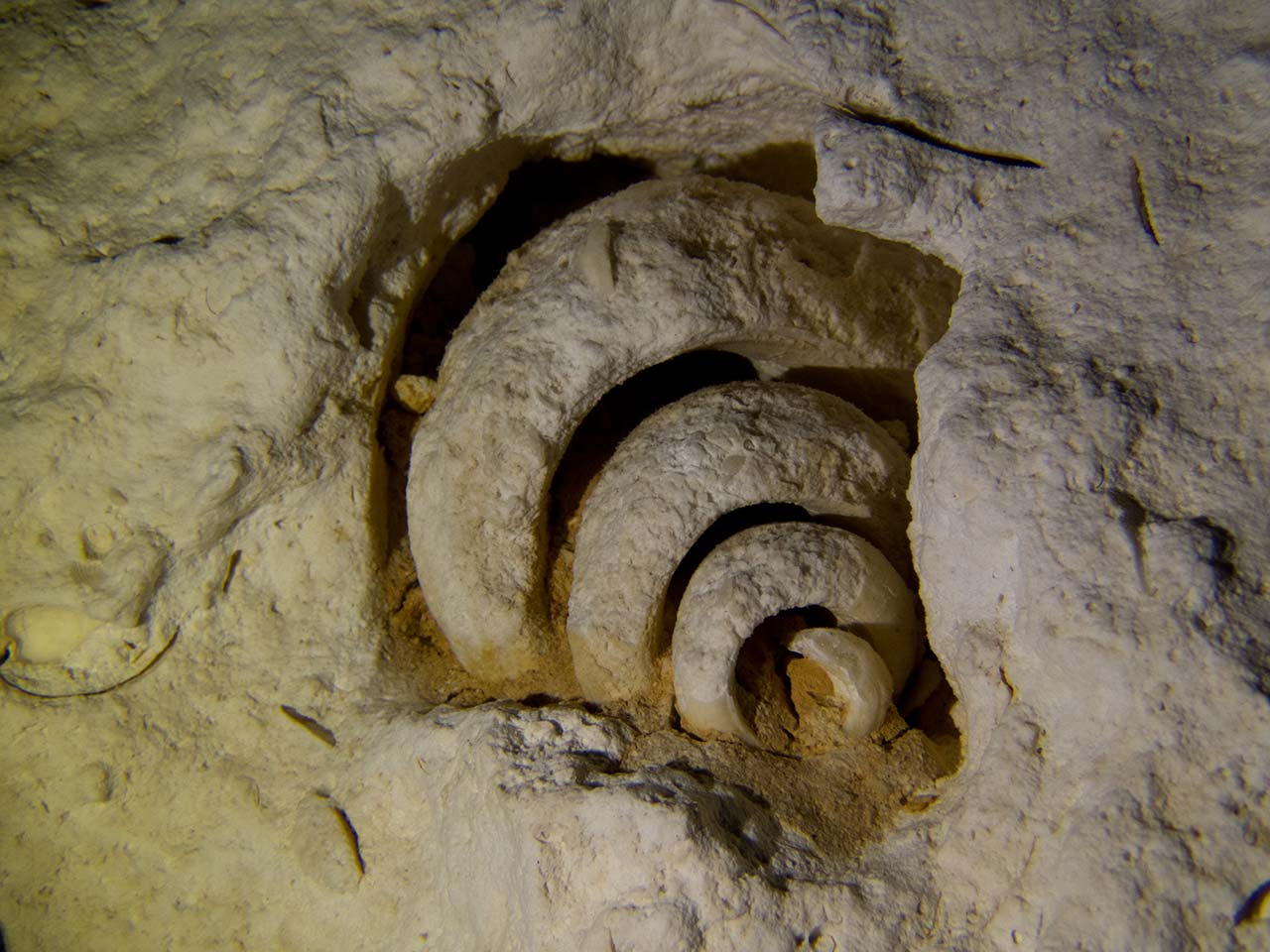 History of Cenote and Cave Formation

Over 40 million years ago, the Yucatan Peninsula was a thriving coral reef covered by the ocean. Ice ages caused the levels of the ocean to rise and fall, the caves in the area were formed when the water levels were low. The majority of the Yucatan’s ground consists of porous limestone, when the rain fell it mixed with the Carbon Dioxide in the air and formed Carbonic Acid, which then dissolved the limestone and carved out the vast cave systems we know of in the Yucatan today. The Dissolved limestone dripping into the dry cave over thousands of years formed the Speleothems, Stalactites and Stalagmites, that we admire today. It takes 100 years for one inch of growth to these formations. The last ice age was around 8000 years ago, this then caused the water levels to rise and flood the cave systems. Some cave roofs were still higher than the new sea level and air domes were created. Over time, without the water pressure to hold the weight of the rock, the roofs grew thin and collapsed creating sinkholes. The Mayans called these sinkholes ‘Dzonot’ meaning ‘sacred well’, hence the spanish translation of Cenote. The Dzonot was the Mayans only source of fresh water in the jungle and they considered them entrances to the mythical and spiritual underworld.

Speleotherm – A secondary mineral deposit formed in caves, most commonly calcite
Stalactite – A Speleotherm hanging downwards from a roof or a wall
Stalagmite – A Speleotherm projecting vertically upwards from the floor
Column – A Speleotherm from the floor to the ceiling
Curtain – A Speleotherm in the form of a wavy or folded sheet
Fossil – The remains of animals or plants, preserved in rocks or sediment
Sediment – Very fine, light, material that covers the Cenote’s floors
Halocline – The point where salt and fresh waters meet, but do not mix because the difference in densities
Restriction – An area too small for two divers to swim through next to one another
Guideline – A Yellow or White line set near the bottom of the cavern, starting and ending in open water
Line Arrow – A directional marker placed on the line, pointing to the nearest exit.